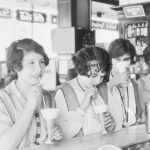 Ever since the California cuisine erupted in the early 1980 ‘s .. Food in America was driven and inspired by ethnic concepts ..

The California cuisine inspired old trade classics, such as Charcuterie, which started using Foie – Gras from the Hudson Valley .

Squab came from Sonoma, and vegetables were grown in suitable climates, around the country…

It was at that time, that I was introduced to the California cuisine. My mentor and superior was Jeremiah Tower.. One of the founders of the culinary concept that shaped what we today define as the “ California Cuisine “…

Not only did America produce an abundance of culinary delights.

The need for a suitable beverage was imminent …

Good friends of TwoChefs … Debbie and David, enjoyed lunch on a lazy Friday in mid March… Not abnormal, but at this luncheon, Debbie brought one of the best Chardonnay’s , that I have tasted recently… The name of the vineyard was ZD ..

It originates in Napa Valley.. The flavor was crisp, but yet thru to the Chardonnay Grape.. It was a wonderful change to the normal big creamy and bold Chardonnays that we become used to..

More important this bottle of wine inspired the following dishes to be enjoyed with a crisp bottle of Chardonnay or maybe a glass of Sauvignon Blanc, should you want something even fruitier ..

Remember .. Our hot climate in South Florida, ( in my opinion ) demands crisp and fruity, especially early summer, before we get used to the sun..

Fill a large sauce pan with water. Add 1 part of salt, peppercorn and lemon half. Add artichoke and bring to a boil.

Cover pan, reduce to medium and cook until stem is tender ( like a potato, use a wooden skewer to check for doneness ) .

Remove from heat and place in a bowl of ice water to shock and stop the cooking.

Drain artichoke and cut in half lengthwise. Remove the beards / choke.

In a bowl , mix remaining salt with all seasonings and herbs until blended.

Brush or coat the artichokes with melted butter, making sure to butter inside leaves.

Add water to cover by 2 inches. Simmer gently for about 2 hours, until beans are tender but not falling apart.

Drain beans and save cooking liquid.. ( if using canned beans, drain and save liquid, adding water if needed to make 1 cup liquid .)

Place a large heavy – bottomed saucepan over medium heat. Add Olive Oil. When oil is shimmering, add onion and fennel. Lower heat and cook for about 15 minutes, until tender.

Another “ super “ dish is Roasted Artichokes .. served with a tangy smear of parmesan aioli.

Some may argue that artichokes is an enemy to a glass of wine.

I happen to disagree , Asparagus and Artichokes can be quite wine friendly if treated correctly. They both have an armor that keep the bitterness inside of them, but if trimmed or peeled, both can be very delicious …

Recipe is for 1 serving, multiply by guest count

oke halves generously with seasoning mixture, including in between leaves .

Save 1 tsp for parmesan aioli

Place artichoke cut side down in a roasting pan and cook in a 400 degree F oven for about 10 minutes, or until nicely charred to an amber color .

Add cheese and seasoning mix to finish, reserve in cooler until needed…

I encourage you to find “ ZD “ Chardonnay or a similar profile wine. Put on an apron, and enjoy a light meal before Florida summer takes over.